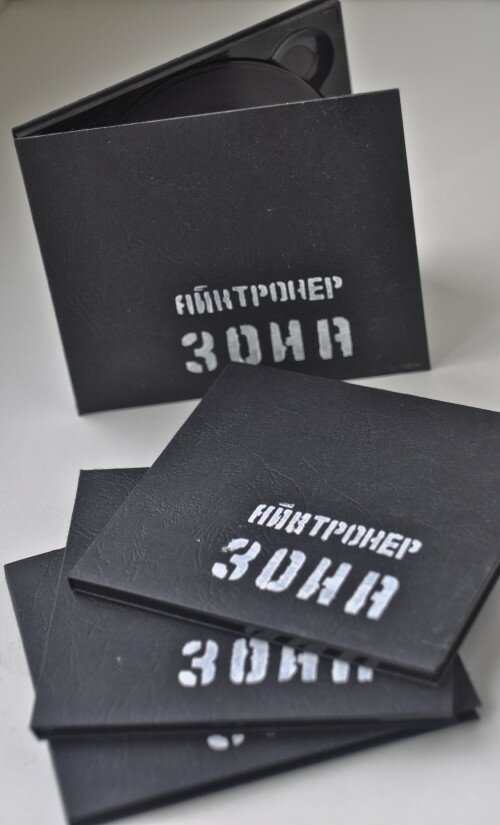 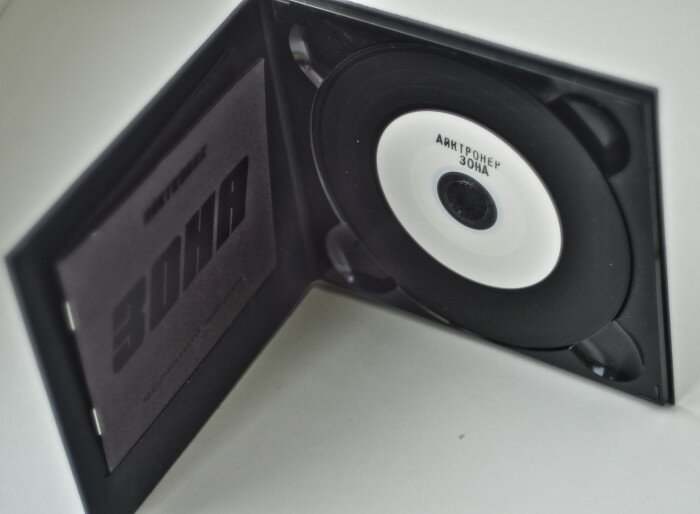 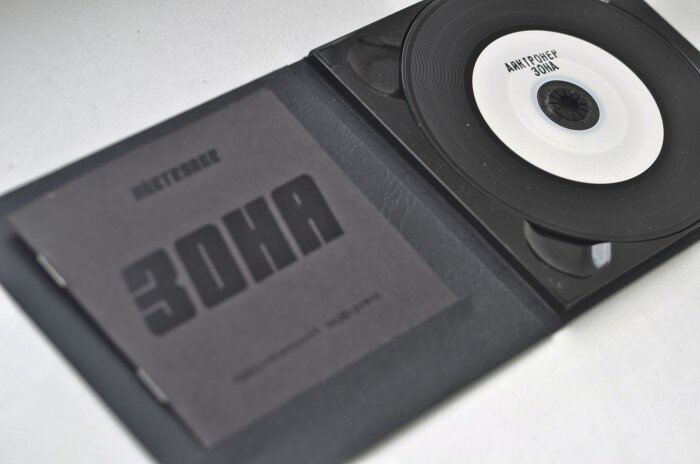 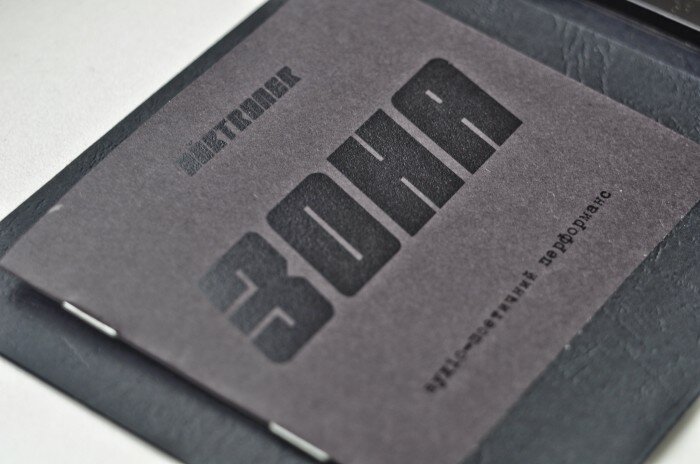 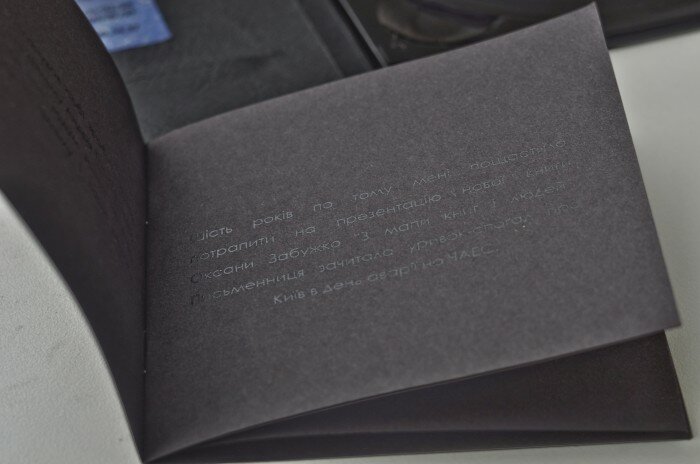 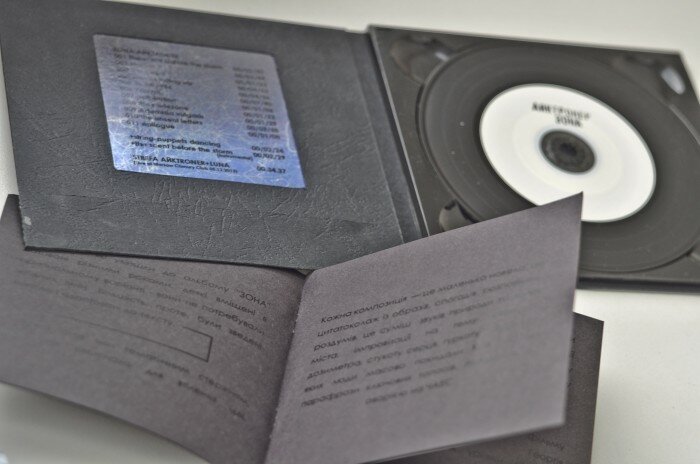 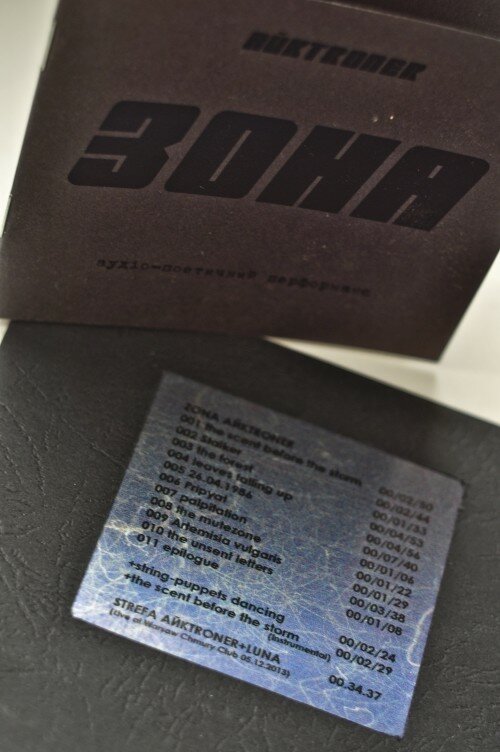 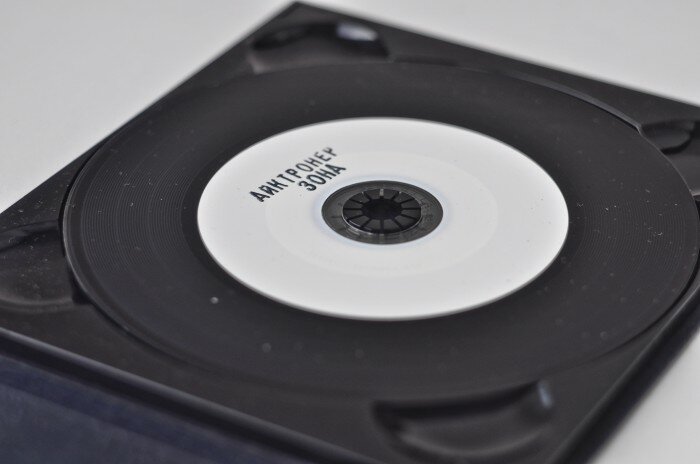 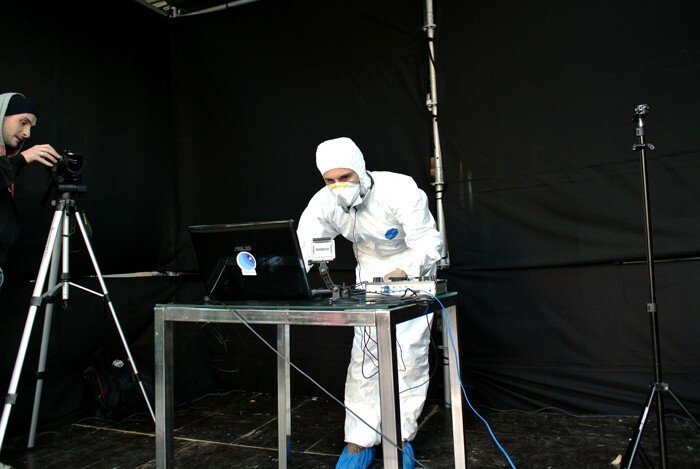 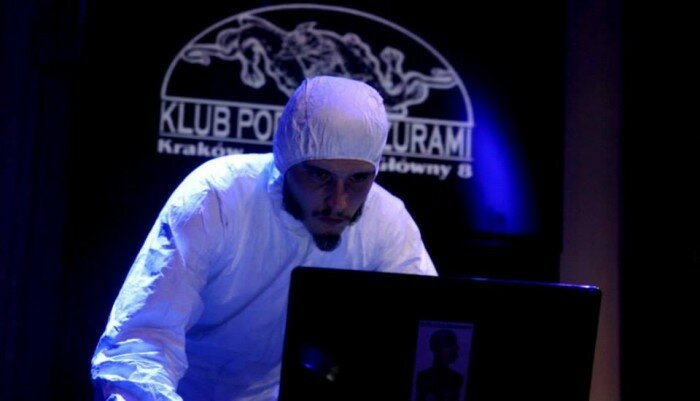 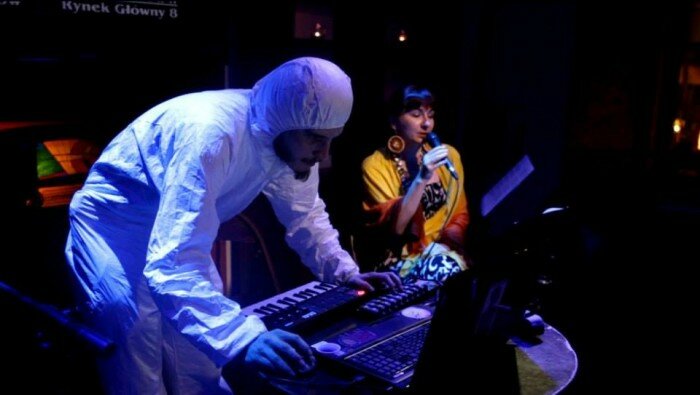 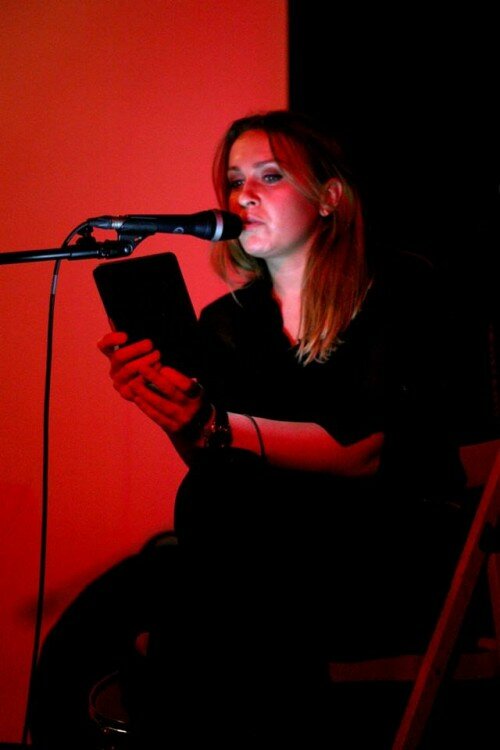 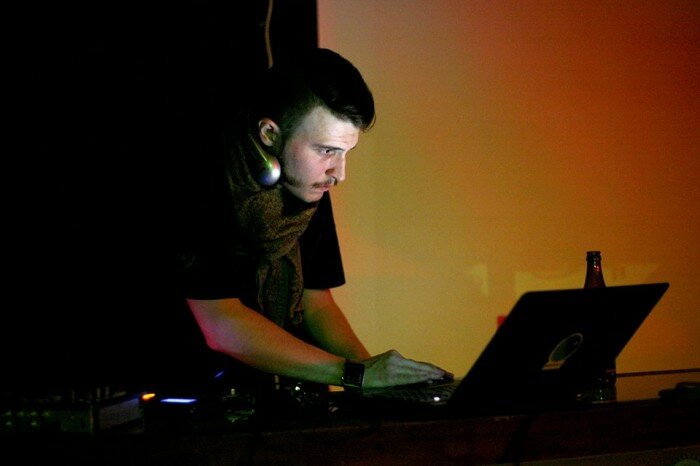 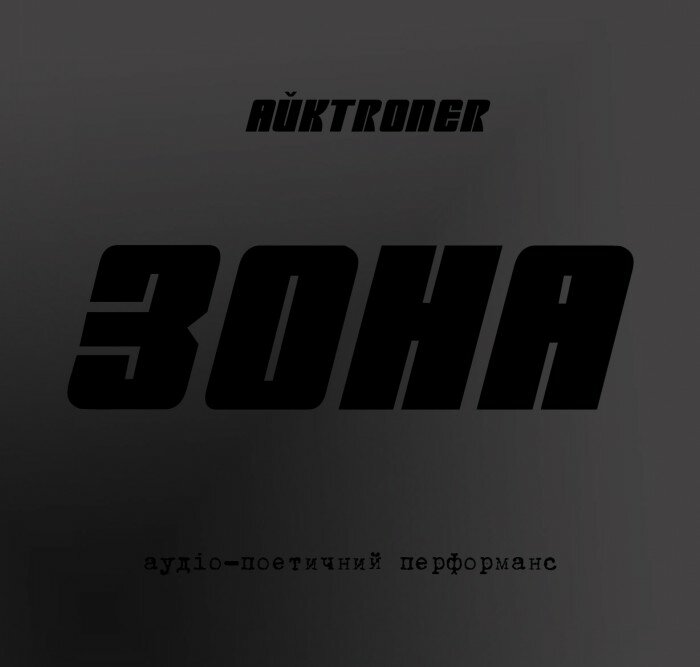 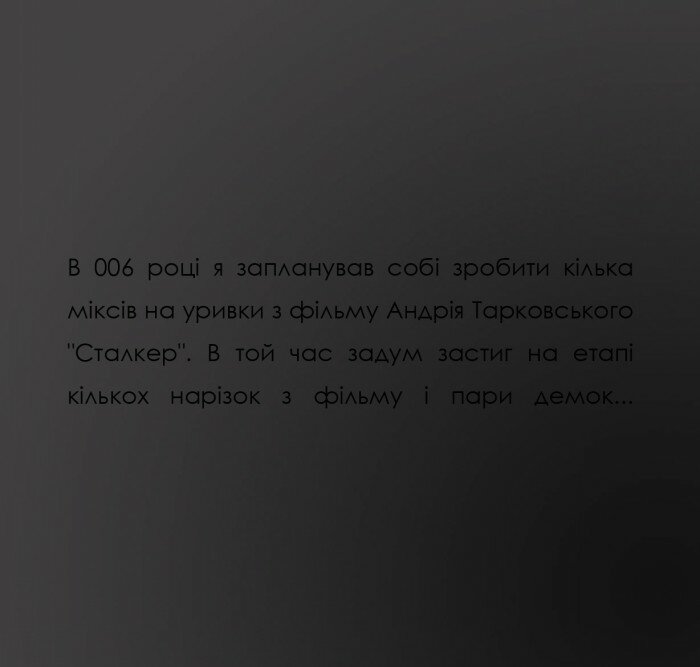 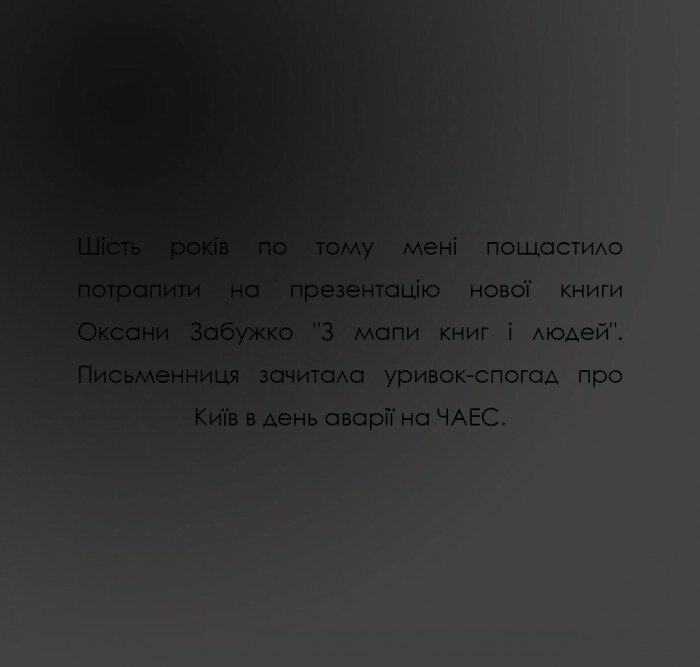 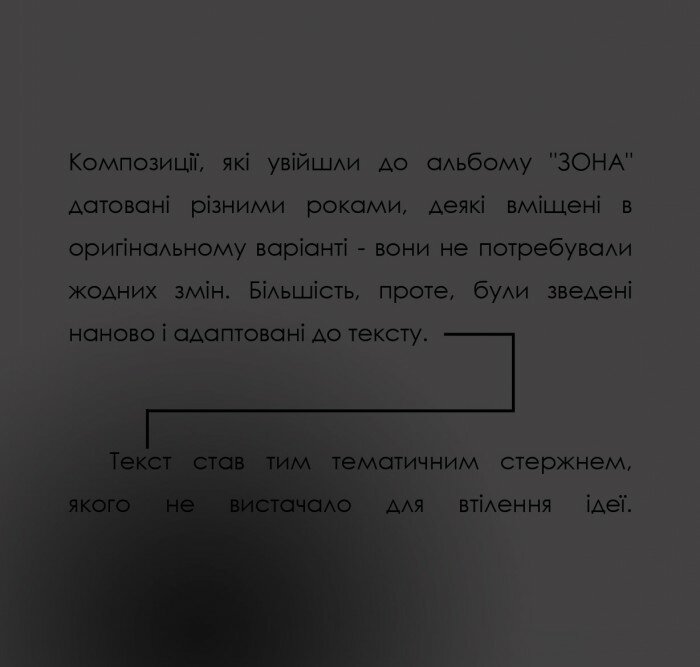 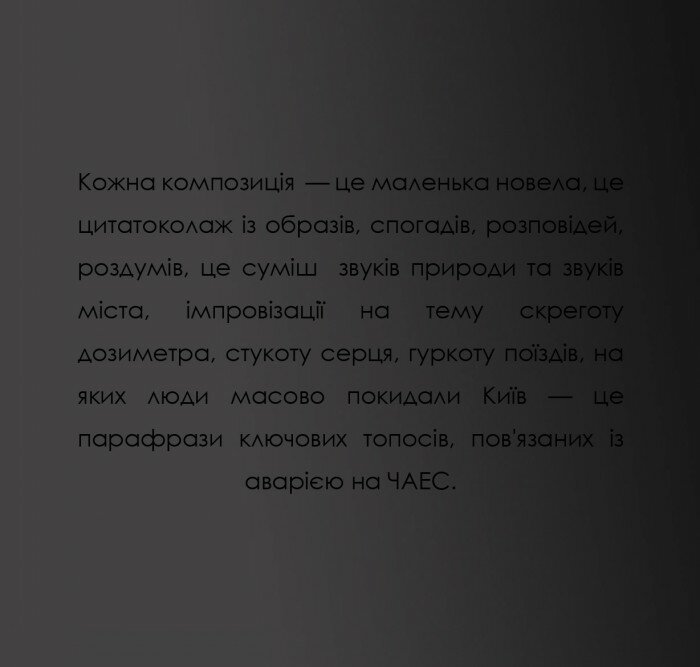 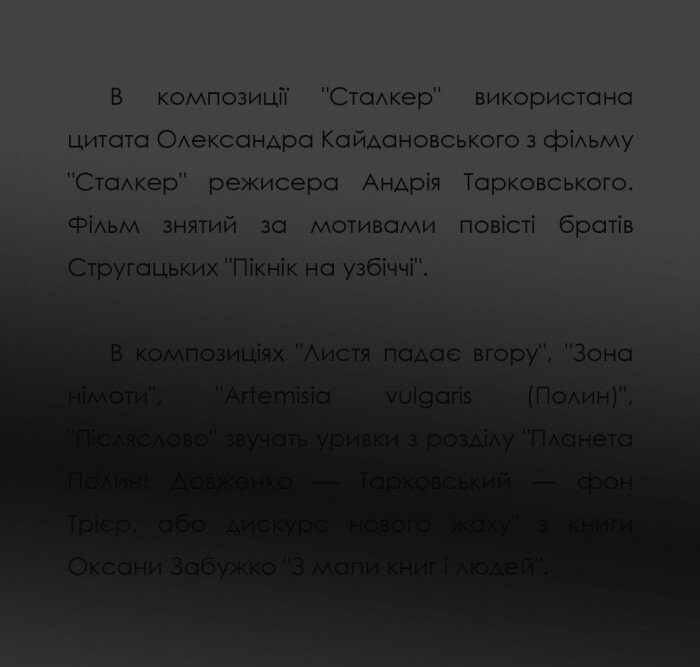 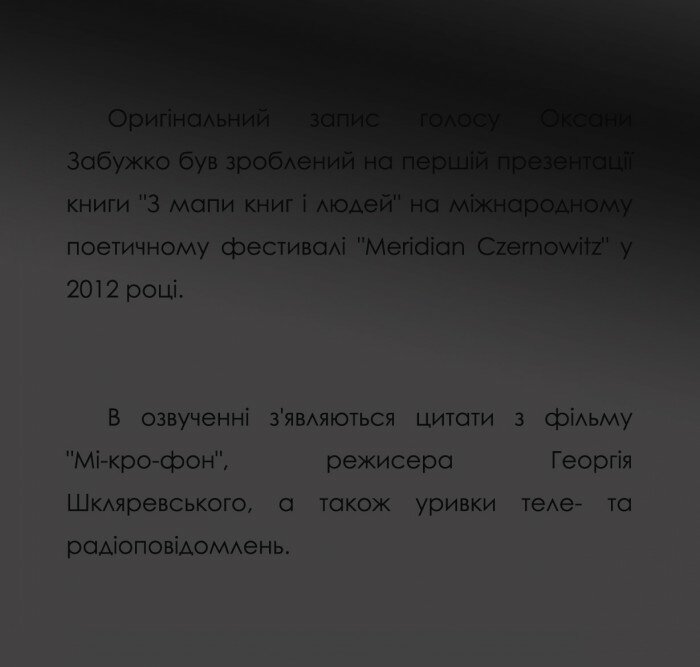 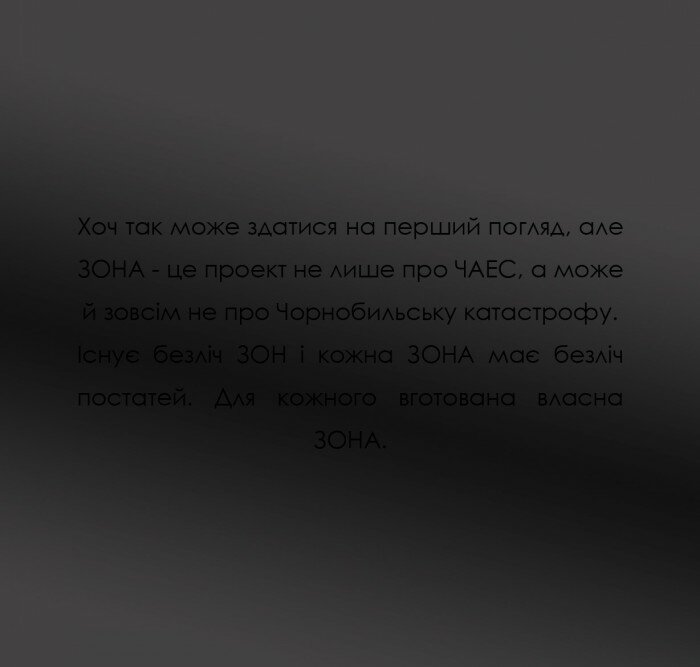 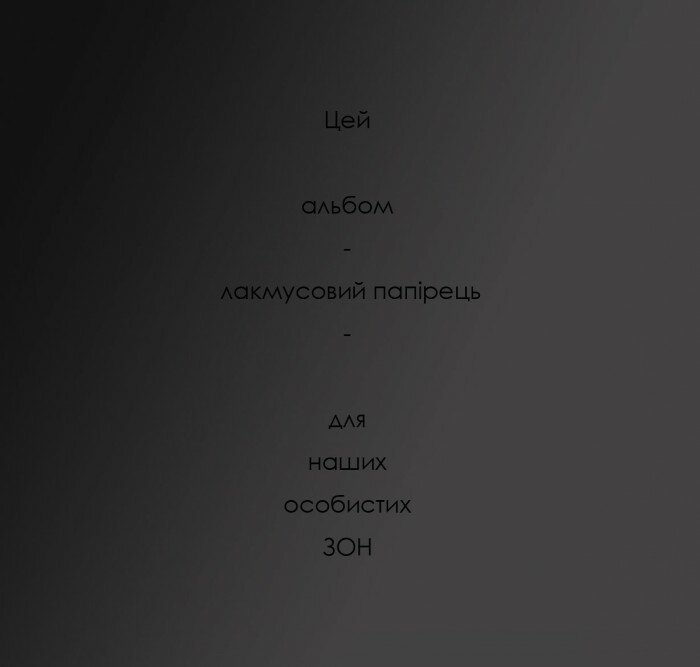 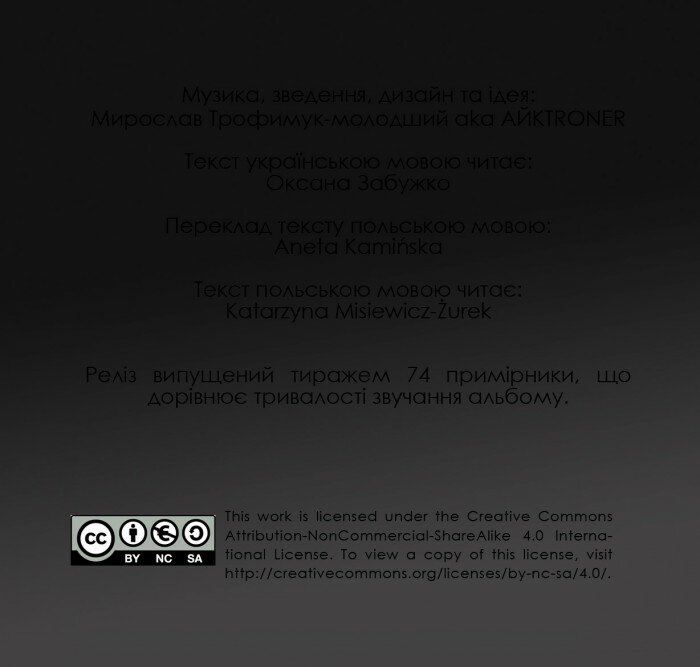 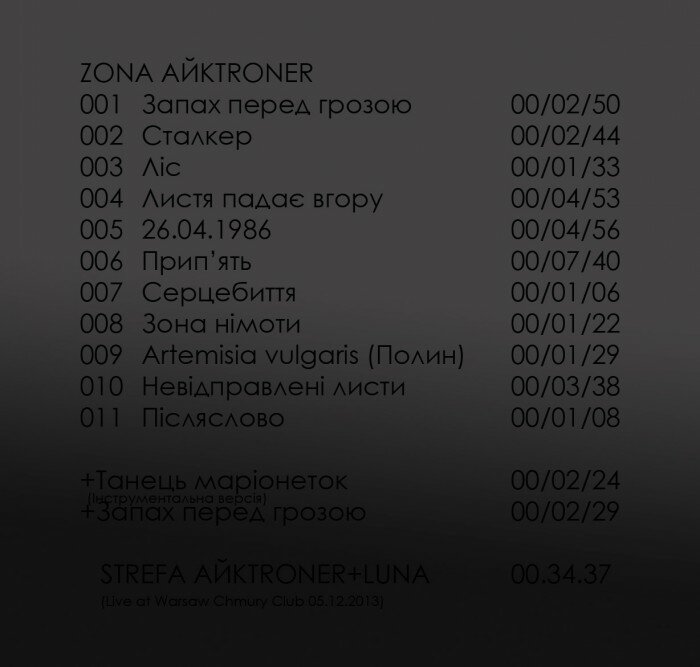 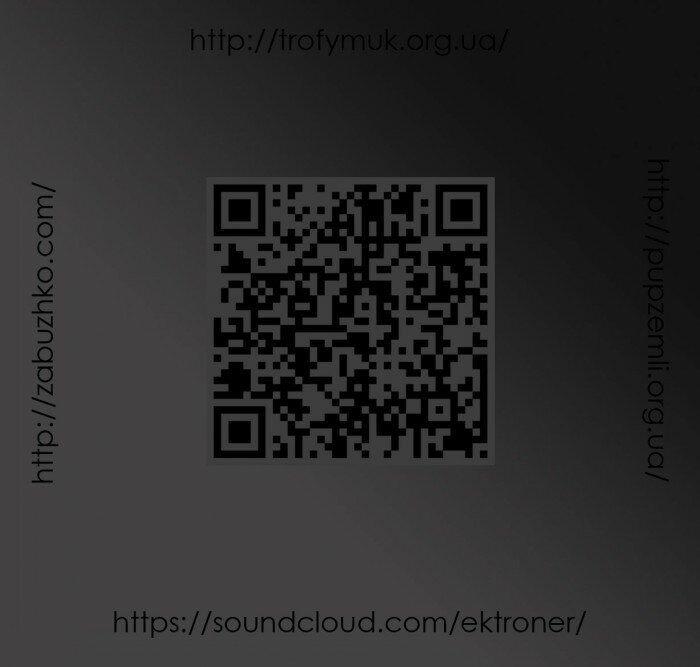 Released in74 copies equal to the length of time of the album.

At 006, I scheduled myself to do a few mixes with excerpts from Andrei Tarkovsky’s film “Stalker”. While the plan stood on stage with several pair of demos …

Six years ago I was lucky enough to be on presentation of a new book Zabuzhko’s “From the map of books and people.” Zabuzhko read a passage about Kyiv on the day of Chernobyl disaster.

The compositions included in the album “ZONE” dating from different years, some contained in the original version – they did not need any changes. Most, however, were remixed and adapted to the text.

The text became the thematic core, which implement the idea.

Each track is a little story, this collage of quotes of images, memories, stories, reflections, a mixture of the sounds of nature and sounds of the city, improvisation on grinding dosimeters, knocking heart rumble of trains, on which people have leave Kyiv – a key paraphrases related to the accident.

In the song “Stalker” used Alexander Kaydanovski quote from film “Stalker” directed by Andrei Tarkovski. The film is loosely based on the book of Strugatsky brothers “Roadside Picnic “.

In the track “Leaves fall up”, “the Mutezone”, “Artemisia vulgaris (Mugwort)”, “Epilogue” are used sound excerpts from the “Planet Wormwood: Dovzhenko – Tarkovsky – von Trier, and the discourse of the new horror” of Zabuzhko’s book “From map books and people. ”

Original voice recording Zabuzhko’s been made on the first presentation of the book “From the map books and people” in the international poetry festival “Meridian Czernowitz” in 2012. Partly are used quotes from the movie “Mi-kro-fon”, directed by George Shkliarevskyi and excerpts of television and radio messages.

Though it may seem so at first look, but ZONE – is not a project only about Chernobyl, and maybe it is not about the Chernobyl disaster.

There are many Areas and each Area has a lot of figures. For each prepared his own Area.

this album is a – litmus test – for our personal ZONES